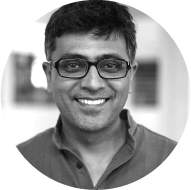 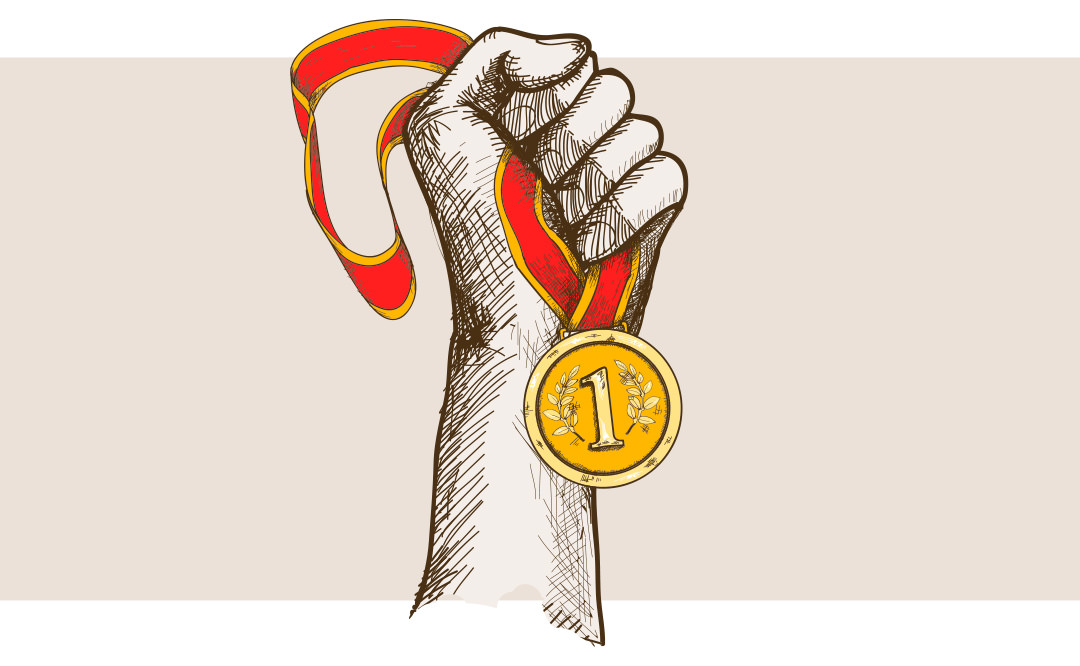 The best race I’ve ever run in my life was the 1500 metres in the 1991 “Mussoorie Olympics”, an inter-school competition held in Wynberg Allen School, Mussoorie. I was running alongside many runners, but also against the reigning champion who was a shoo-in to win. When the race started, I did what most runners would laugh at, I began to sprint in the beginning and took a huge lead. It was obvious to everyone that I would tire-out too early. Even that “champion” runner hung back, knowing that I would soon drop out. But I didn’t. I just kept the same pace, round after round (it was a 200m track). When the final lap was to be taken, I had a quarter lap lead, and the champion runner picked up his pace trying to catch up to me. I couldn’t increase my pace, but I kept it steady. It was a shock to everyone, to that runner, to my own schoolmates, and even to me: I won. It was the greatest race I had ever (or would ever) run. But as I crossed the finish line, I felt desperately alone. There was no one who greeted me. No one who came out to give me a hug. You see, I didn’t have many friends in school. And so, my greatest sporting victory was just another reminder of how lonely I was.

In contrast, the best sporting moment of my life, the best game I’ve ever played, was a game of volleyball at the seminary I studied in (SAIACS, Bengaluru). Our community was divided into six “cell groups” and there used to be a yearly volleyball tournament between all the cell groups. In the semi-final game, my cell group was facing another evenly matched team. The competition was intense. My cell group won the first set. The other cell group won the next two sets. Then we won the fourth set. 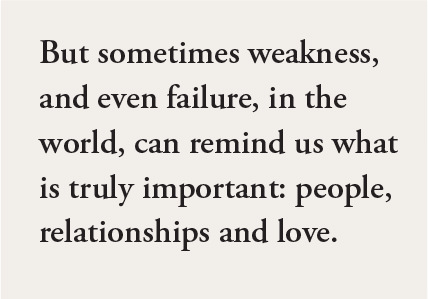 Tie breaker time! But actually, by the time we were playing the fifth set, I was extremely exhausted. I was the “setter” for the team. This meant that almost every ball had to go through me, and I had to also try to block every smash from the other side. As I hunched over, breathing heavily, I noticed the setter from the opposing team. He too was exhausted. He too was too tired to go on. He too had done his best to help his team. At that moment, I realised that though this was a competition, a “fight” even, in reality, on the other side, was a friend who was going through exactly what I was going through. As we faced each other at the net, our eyes met and we smiled. We shook hands. And restarted. Then, for every point my team won, he congratulated me. And every point their team scored, I cheered him on. We setters were no longer playing against each other, but encouraging each other to do our best, regardless of the result. Yes, that was the best game I have ever played. And what made it special, was that relationship.

Since then I have come to realise that victory in the world doesn’t always feel like victory. But sometimes weakness, and even failure, in the world, can remind us of what is truly important: people, relationships and love.

There is a Bible passage that I interpret differently from many others. People don’t like my interpretation, but I think this different view could be a better way of seeing that passage.

The passage is 1 Corinthians 9:24-27, where Paul talks about running the race so as to win the prize. In that passage, I’ve usually heard preachers talk about how Paul wants us to be disciplined and focussed, or how Paul used sporting images positively to encourage healthy competition, or even that we must have a positive body image.

But I found instead that Paul was doing something radically different. My reading of the passage would go something like this [below is my adapted interpretive translation]:

Don’t you all know that while many run in a race, [only] one receives the prize? But you should run in such a way that you [all] may win. Everyone who competes in the games exercises self-control in all things. They do this to receive a perishable wreath, but we [yes, we all] run for the imperishable crown. And so, even I run in such a way, focussed… I discipline my body and make it my slave, so that, after I have preached to others [yes, after I help you all], I myself will not be disqualified. 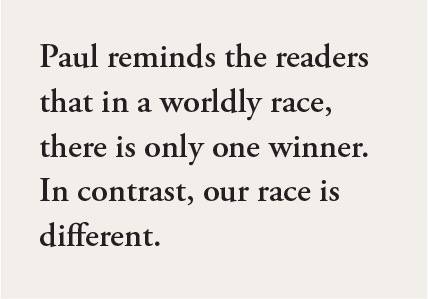 Seen like this, I think the passage is trying to make a contrast between worldly sport and godly values. Paul reminds the readers that in a worldly race, there is only one winner. In contrast, our race is different. We are all to run the race, so that we can all win. This reading is justified because I see the “you may win” as a plural “you”. Similarly, in contrast to the worldly race, is the prize. Typically, in the world the runners want a perishable wreath. In the kingdom race, we run for an imperishable crown. Then Paul, as he talks about his discipline, defines his race as preaching to others, meaning helping others. So, Paul’s own race involves helping others win the prize. I would even say that if Paul does not preach, if he does not live in service of others, he would have been in danger of being disqualified.

In the godly kingdom, then, we must run in such a way that all of us kingdom members can win the prize. We must work together, encourage one another, spur one another on and run the race together. Yes, our godly race is about people, relationships and love.

Even if my reading of the Bible is not entirely correct, I hope you will get the point. While the world chases worldly victories, as Christians we are called to a higher view of success. There’s no point winning in the world if we lose our friends or potential brothers and sisters. But if our life leads us to deeper relationships, friendships and godly love, then even worldly loss, is a godly victory!

Nigel used to be a teacher at SAIACS, a Christian Seminary in Bengaluru. Currently, he is a Research Scholar with the SAIACS Centre for South Asia Research (CSAR), writing a book on Theological Research Methodology.

Very nice thought Nigel…i agree with you that all are.winners in having good relationships,love and care for others..and i learned this in Saiacs through out all tournamemts….winning or losing it is part of.sport but through that game getting such a good.friends relationships are more.than that to me.

Beautiful thought!!… agree with it completely…. grace is given so that we can all stir each other up… and what better way to stir one another up than with a bit of healthy competition bound in strong relationships.